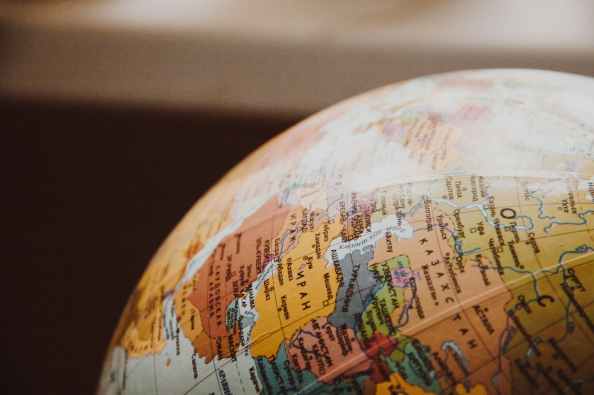 Our law firm represents federal employees, military personnel and government contractors who have issues with respect to foreign influence issues in connection with their security clearance. This article discusses the issues that many individuals have with respect to any number of issues that can come up in connection with their security clearance and ties to a foreign country.

As you might imagine, foreign influence concerns have always been a major security concern because there are potential risks when a clearance holder or applicant’s family or close friends are subject to potential duress or influence by a foreign power. As a result, foreign Influence issues have long been considerations in determining whether to grant or renew a security clearance.

Foreign Influence Concerns Under Guideline B

The Concern: Foreign contacts and interests, including, but not limited to, business, financial, and property interests, are a national security concern if they result in divided alliance They may also be a national security concern if they create circumstances in which the individual may be manipulated or induced to help a foreign person, group, organization, or government in a way inconsistent with U.S. interests or otherwise made vulnerable to pressure or coercion by any foreign interest.  Assessment of foreign contacts and interests should consider the country in which the foreign contact or interest is located, including, but not limited to, considerations such as whether it is known to target U.S. citizens to obtain classified or sensitive information or is associated with a risk of terrorism.

The specific conditions that may raise security concerns include the following 9 security issues listed in Paragraph 7 of SEAD 4:

a. contact, regardless of method, with a foreign family member, business or professional associate, friend, or other person who is a citizen of or a resident in a foreign country if that contact creates a heightened risk of foreign exploitation, inducement, manipulation, pressure, or coercion;

c. failure to report or fully disclose, when required, association with a foreign person, group, government, or country;

d. counterintelligence information, whether classified or unclassified, that indicates the individual’s access to classified information or eligibility for a sensitive position may involve unacceptable risk to national security;

e. shared living quarters with a person or persons, regardless of citizenship status, if that relationship creates a heightened risk of foreign inducement, manipulation, pressure, or coercion;

f. substantial business, financial, or property interests in a foreign country, or in any foreign­ owned or foreign-operated business that could subject the individual to a heightened risk of foreign influence or exploitation or personal conflict of interest;

g. unauthorized association with a suspected or known agent, associate, or employee of a foreign intelligence entity;

h. indications that representatives or nationals from a foreign country are acting to increase the vulnerability of the individual to possible future exploitation, inducement, manipulation, pressure, or coercion; and

i. conduct, especially while traveling or residing outside the U.S., that may make the individual vulnerable to exploitation, pressure, or coercion by a foreign person, group, government, or country.

In terms of potential mitigation regarding these potential security concerns, the following mitigating considerations are potentially available under Paragraph 8 of SEAD 4:

a. the nature of the relationships with foreign persons, the country in which these persons are located, or the positions or activities of those persons in that country are such that it is unlikely the individual will be placed in a position of having to choose between the interests of a foreign individual, group, organization, or government and the interests of the United States;

c. contact or communication with foreign citizens is so casual and infrequent that there is little likelihood that it could create a risk for foreign influence or exploitation;

d. the foreign contacts and activities are on U.S. Government business or are approved by the agency head or designee;

e. the individual has promptly complied with existing agency requirements regarding the reporting of contacts, requests, or threats from persons, groups, or organizations from a foreign country; and

f. the value or routine nature of the foreign business, financial, or property interests is such that they are unlikely to result in a conflict and could not be used effectively to influence, manipulate, or pressure the individual.

The number of examples is countless, and these are just a few of the types of cases we see on a regular basis.

There are multiple different types of situations that can raise foreign influence concerns for security clearance holders and applicants. When a security concern does arise, there are a number of strategies for attempting to mitigate cases involving potential security concerns.

Next, it is important to first evaluate the closeness of any potential foreign relatives and friends in the context of whether or not they are truly close in nature or not. Where appropriate, it is important to argue that foreign relatives or friends are not close in nature or are not connected to a foreign government.  Closeness can be illustrated by a minimum of contact (email, telephone, in person visits) with individuals in foreign countries. Often, it is helpful to explain, in detail, how a foreign contact is not as close as they may appear on the application.

When a clearance holder or applicant has ties to a foreign country, such as close family or assets, it is very important to evaluate these situations early, to attempt to mitigate security concerns. There are many methods available to attempt to mitigate foreign influence concerns, but it is important to focus (1) the country involved; (2) the nature of the foreign tie or asset; and (3) why this information is outweighed by assets, loyalty and family in the United States. There are too many strategies to list here, but it is important to obtain advice from an attorney when facing these issues.

When an individual is facing foreign influence security clearance concerns it is important to obtain legal advice and/or legal representation. Our law firm advises individuals in the security clearance process. We can be contacted at www.berrylegal.com or by telephone at (703) 668-0070. Additionally, our Facebook page is located here and our Twitter account is located here.